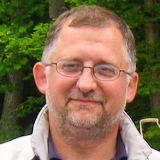 Derek Parsons started with W-L in 1996 and over as head men’s coach of W-L Crew in 1997. As head coach, he has rejuvenated the team both in energy, equipment, financially, all while leading the Washington-Liberty boys’ varsity crews to multiple medals at the regional level and the finals of the Stotesbury Cup regatta. From 2004 to 2007, the varsity eight finished in the medals at the Virginia Scholastic Rowing Championships. In addition to his success on the water, he’s mentored elite high school rowers who have gone on win Junior World Championships and to row for schools such as Princeton, Harvard, Yale, Columbia, Navy, Dartmouth, and Oxford University.

As a rower, Derek rowed at Washington-Lee under Charlie Butt. After college, Derek turned his attention back to the river as the head coach for Wakefield HS in 1994. His accolades include medals from the NOVA/VASRA championship, Stotesbury Cup and SRAA Championship Regattas. Formerly a teacher at Edison HS. in Fairfax, Derek now teaches art at W-L. Derek is the father of two great kids and stepdad to 3 W-L HS graduates. He is a graduate of Radford University. 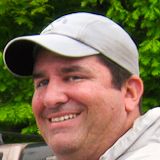 Coach Wilson has been coaching at W-L since 1998 on both the men’s and women’s side, including a year as the Women’s Head Coach in 2001. His rowing career began at Washington-Lee where he was a member of the varsity eight under Coaches Tom Chisnell, and Derek Parsons. As a coach, Wilson has led his crews to national success at both the varsity and freshman levels at W-L, Bethesda Chevy-Chase HS, and Yorktown HS. In 2007 and 2008, while coaching the freshman women at Yorktown, he led the Patriots to consecutive medals at the Ted Phoenix Regatta. Wilson works in the medical information field, as well as massage therapy and physical training fields. He’s an avid car buff, especially VW’s, and follows professional soccer with a passion. Wilson is a graduate of Marymount University. 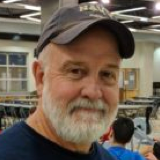 Bob graduated from W-L in 1973 where he lettered in wrestling and rowing for Charlie Butt as a member of the heavyweight crew. He is a Naval Academy grad and was a member of the Naval Academy crew for four years where he competed as both a heavyweight and lightweight oarsman capable of rowing both sides with equal skill. Bob retired as a Captain in the Navy (6 years active, 20 years reserves) in 2003 and from his civilian IT career in 2016. Today, when he’s not doing whatever is needed for W-L Crew, you’ll find him performing (guitar and vocals) at local venues.

Dane Underwood has been rowing and coaching in the northern Virginia area since 1998. He started his coaching career at Oakton High School in 2004, joining in the second year of the program. There, he worked to build the program from a small start-up team of just 35 members to a competitive and respected team of 110+ athletes. Serving as the head and varsity women’s coach for the last 8 years, he led the women’s team to great success, including 8 medal finishes at the VA State championships in varsity events. His athletes have also found individual success, with two All-Met awards, and many girls going on to collegiate rowing at Stanford, UVA, Clemson, Princeton among many others. His top athlete even went on to row for the US Women’s U23 national team, and in the Oxford-Cambridge boat race (go light blues!).

As a rower, Dane first rowed for West Potomac HS but didn’t really fall in love with the sport until rowing at George Mason University under the tutelage of local rowing legend Bob Spousta. Dane continues to row competitively with friends as GMU Alumni, and for various local programs, including the Occoquan and Potomac boat clubs.

Off the water, Dane is a Systems Engineer for the MITRE Corporation in McLean and enjoys tinkering with technology, writing code, and cycling.